Center for Is og Klima

Willi Dansgaard has left us 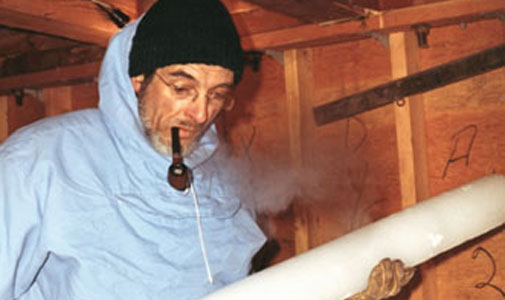 
Willi Dansgaard was professor in mass spectrometry at the Laboratory for Biophysics, later at Geophysical Isotope Laboratory until his retirement in 1992.

A chance discovery in 1952 and 12 years of systematic work resulted in a scientific description on how it was possible to use the content of the hydrogen isotope Deuterium and the isotope O-18 in natural precipitation to determine the temperature of the precipitating clouds.

Willi Dansgaard became internationally recognized in climate research when he became the first to systematically utilize the isotope method in the analysis of the Camp Century ice core from Greenland and the Byrd ice core from Antarctica. Here it was established that not only do ice cores from Greenland and Antarctica contain an archive on past climate, but also that past climate underwent large and very abrupt changes.

Willi Dansgaard is today recognized by many as the founder of modern ice core research. He received many prizes and was able to build up a research group at the University of Copenhagen. The group is today the Centre for Ice and Climate at Niels Bohr Institute funded by the Danish National Research Foundation.

Willi has meant everything to our research group, and he will be deeply missed.

Willi leaves his children Birgitte, Finn and Trine and 6 grandchildren and one greater grandchild.